​​Leicester City have wasted no time in identifying a replacement for Riyad Mahrez as reports suggest that they are close to completing a deal for AZ Alkmaar winger Alireza Jahanbakhsh.

Mahrez left Leicester this week after months of speculation, ​completing a £60m move to Manchester City four years after joining the Foxes from Le Havre for just £450,000.

Iranian outlet ​Vananews claims that Leicester will use some of that considerable profit to splash out on Jahanbakhsh, who became the first Asian player to the win the golden boot in a major European league last season.

According to the source, Jahanbakhsh has been flown to England in the private jet of Leicester owner Vichai Srivaddhanaprabha. He will now undergo a medical before completing a £19.4m move to the 2015/16 Premier League champions.

He scored 21 goals in 33 games for AZ, who finished third in the league behind PSV Eindhoven and Ajax.

AZ director of football Max Huiberts claimed earlier this week that there had been no bids for Jahanbakhsh, casting doubt on the veracity of the reports from Iran. 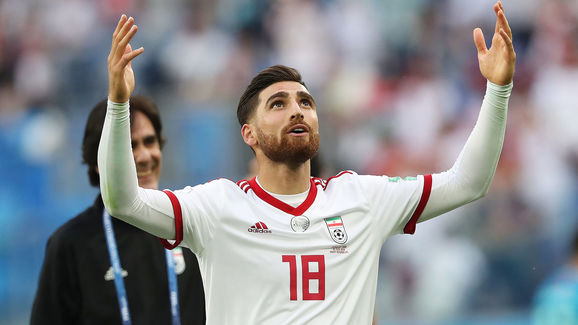 Jahanbakhsh began his career in his home country but he has spent the last five years playing in the Netherlands, first for NEC Nijmegen and then for AZ.

Last season was by far the most prolific of his career, as he had never previously scored more than 12 goals in a league campaign. He started two of Iran’s games at the World Cup as they were eliminated at the group stage despite picking up four points.