​Valencia have told Premier League clubs who might be sniffing around Geoffrey Kondogbia that the Frenchman is not for sale under any circumstances.

According to ​AS, several English clubs have made enquiries about the 25-year-old but Valencia remain unswayed and it does not appear that they will allow Kondogbia to go anywhere this summer.

Kondogbia spent last season on loan at Valencia from Inter, scoring four goals in 30 La Liga appearances. His performances helped Valencia to finish in the Champions League spots after two seasons of being stuck in mid-table. 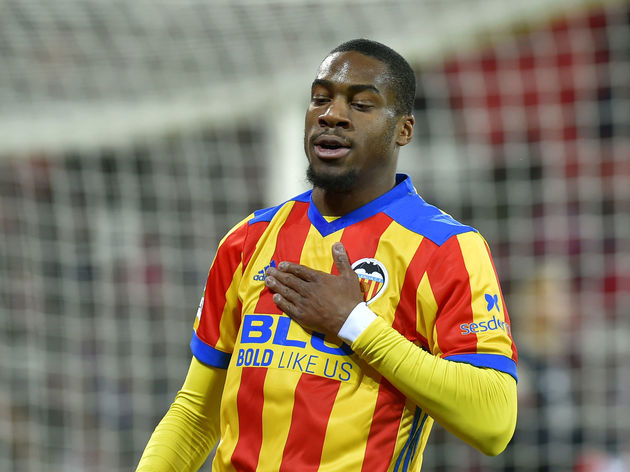 His contract contained an option to make the deal permanent and Valencia activated that option in May, whereupon Kondogbia signed a four-year contract at the Mestalla in a deal worth €25m.

Even if Kondogbia was pushing for a move away, Valencia would be in a strong position to keep him. However, he is happy to stay at the club that has helped him rediscover his form, knowing that he will get better offers next summer if he continues to perform.

Valencia manager Marcelino counts Kondogbia among his best players. Speaking back in March, the Brazilian implied that Kondogbia should be in the French squad ahead of players like Paul Pogba. “He is a key player for us, he is important for how we play and although I don’t follow how the other French midfielders are getting on, recently I don’t think that some of them would be close to how Kondogbia is playing,” Marcelino said, as quoted by ​AS.

“We saw Pogba play against Sevilla and Kondogbia against the same opponent and there isn’t any kind of comparison to be made.”

Kondogbia has made five appearances for France, but the last of those came in 2015.